Bananas are known as potassium-rich fruits that go well with breakfast. But that's not all; they're also high in many other nutrients like vitamin B6, folate, and fibre.

Unlike what you might think, bananas don't grow on trees. Rather, they grow on herbaceous plants that have a 'trunk' that isn't made from wood.

Here are 9 things you might not know about bananas in Australia. 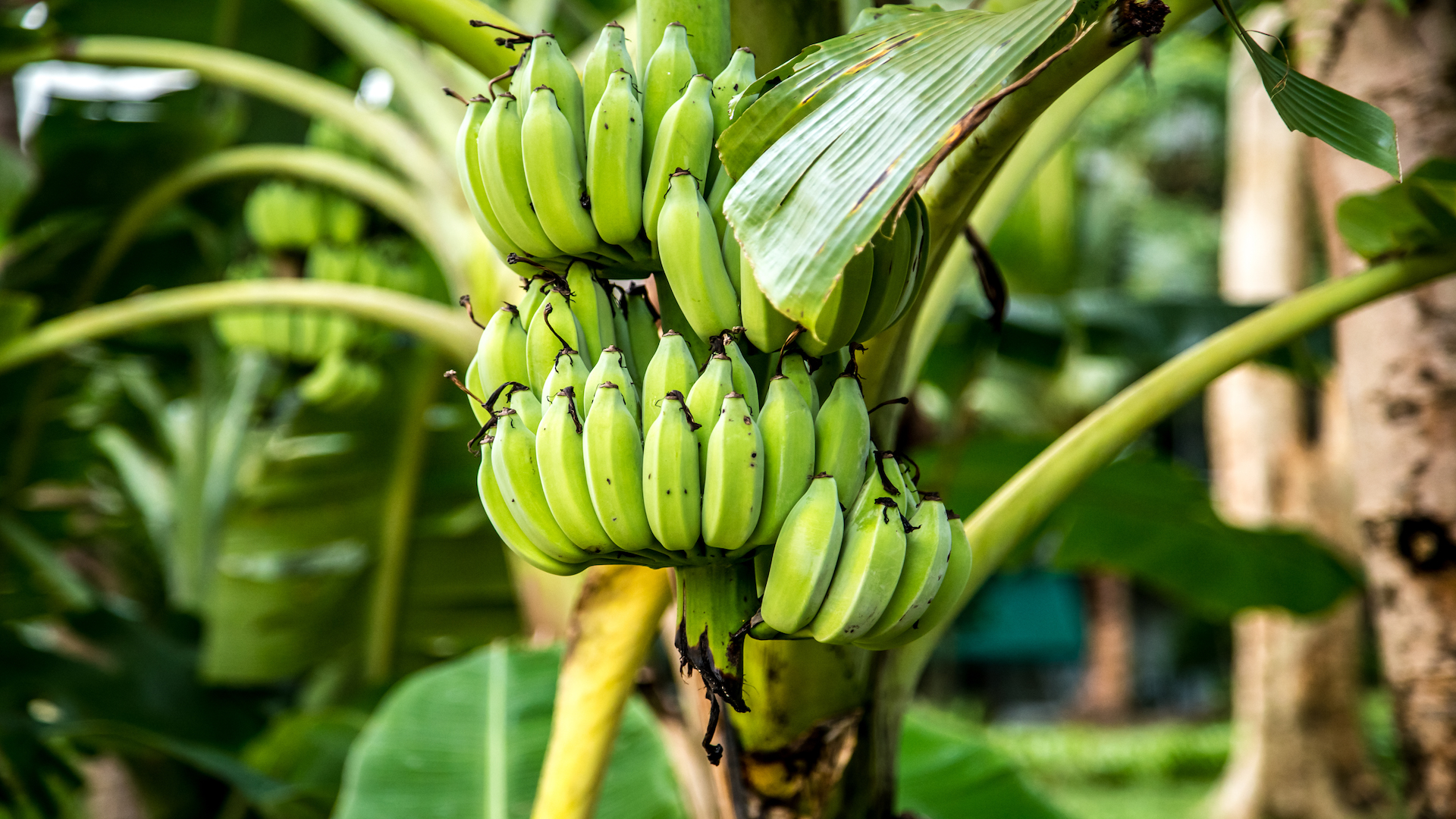 2) Australia doesn't import bananas. This is possible since bananas can be grown year-round in the Australian climate. Also, import would be difficult due to the strict import regulations on fresh produce in the country.

3) Bananas are harvested before ripening. That's because they ripen after harvesting, and because transporting them is easier before they get too soft and ripe. Plus, most people prefer buying bananas that are not yet completely yellow.

4) Bananas are curved because they grow upwards towards the sun (this process is called “negative geotropism”). In other words; growing bananas fight gravity which results in their characteristic, curved shape.

5) An estimated 28 million cartons of bananas are produced annually in Australia. Each carton contains 13 kg. Assuming that the average banana weighs 136 grams, the annual production equals more than 2,5 billion bananas! The value exceeds an impressive $565 million.

6) An estimated 10-30% of bananas get discarded before leaving Australian farms, mostly due to their appearance. For example, they're discarded if they're too long, too short, too curvy, or not uniform in colour. In 2008-2009, 37.000 tonnes of edible bananas were discarded on farms, equalling about 272 million bananas. Parts of this waste is utilized as compost or livestock feed.

7) Australians eat 5 million bananas a day. That means that about 1 in 5 people have a banana daily!

8) “Cavendish” is the most common type of banana grown and consumed in Australia. This is the long, slightly bent, and perfectly yellow type that you find in most supermarkets. “Ladyfinger” is also popular, and is a smaller, slightly sweeter, and slightly more bent variety.

Did this make you hungry for bananas? If so, remember that you can add 1kg of regular or organic Aussie bananas to your next Dinner Twist order from the Dinner Twist Marketplace!

Previous
3 Interesting Facts About Anzac Biscuits
Next
3 Tasty Ways to Use Turmeric Paste
we believe
in local VIEW BOXES
POPULAR POSTS
RECENT POSTS
ABOUT DINNER TWIST
We love good food! It's time to reclaim your dinner. Delicious home cooked food, in no time at all. We believe good food is not just what you can taste.