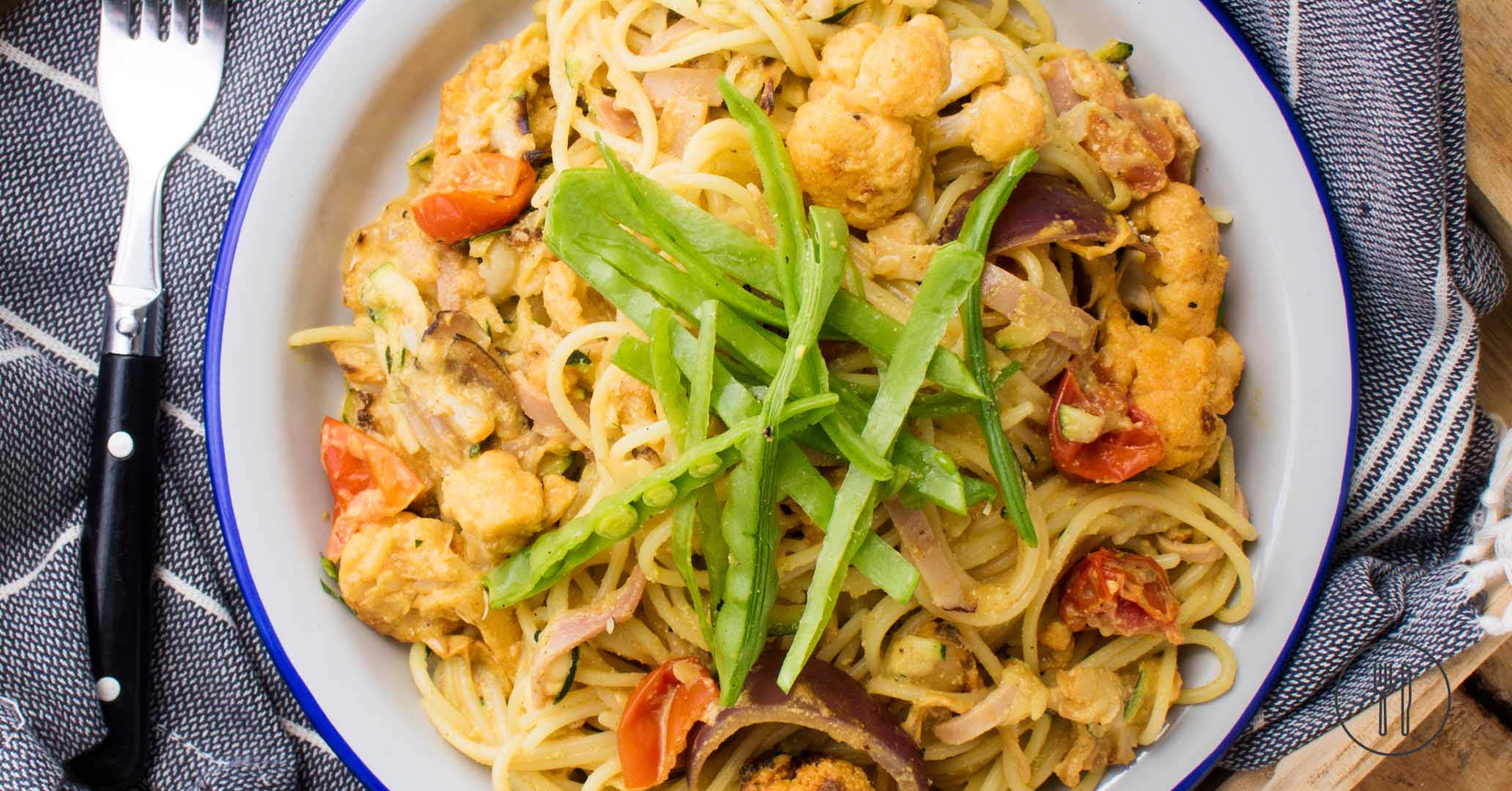 3. Bring saucepan of water to boil. Add pasta to cook for 13 minutes until al dente. Drain and set aside.

5. Toss the pasta with cashew sauce until well coated. Add ham, zucchini and roasted vegetables. Toss again until combined. Season to taste with salt and pepper.

* Ingredient also used in another recipe

From your pantry:
oil (for cooking), salt, pepper, smoked paprika, ground turmeric
Enter your details – it's quick and easy
You'll need to join up to Dinner Twist to place an order, if you're already got an account, log in now!