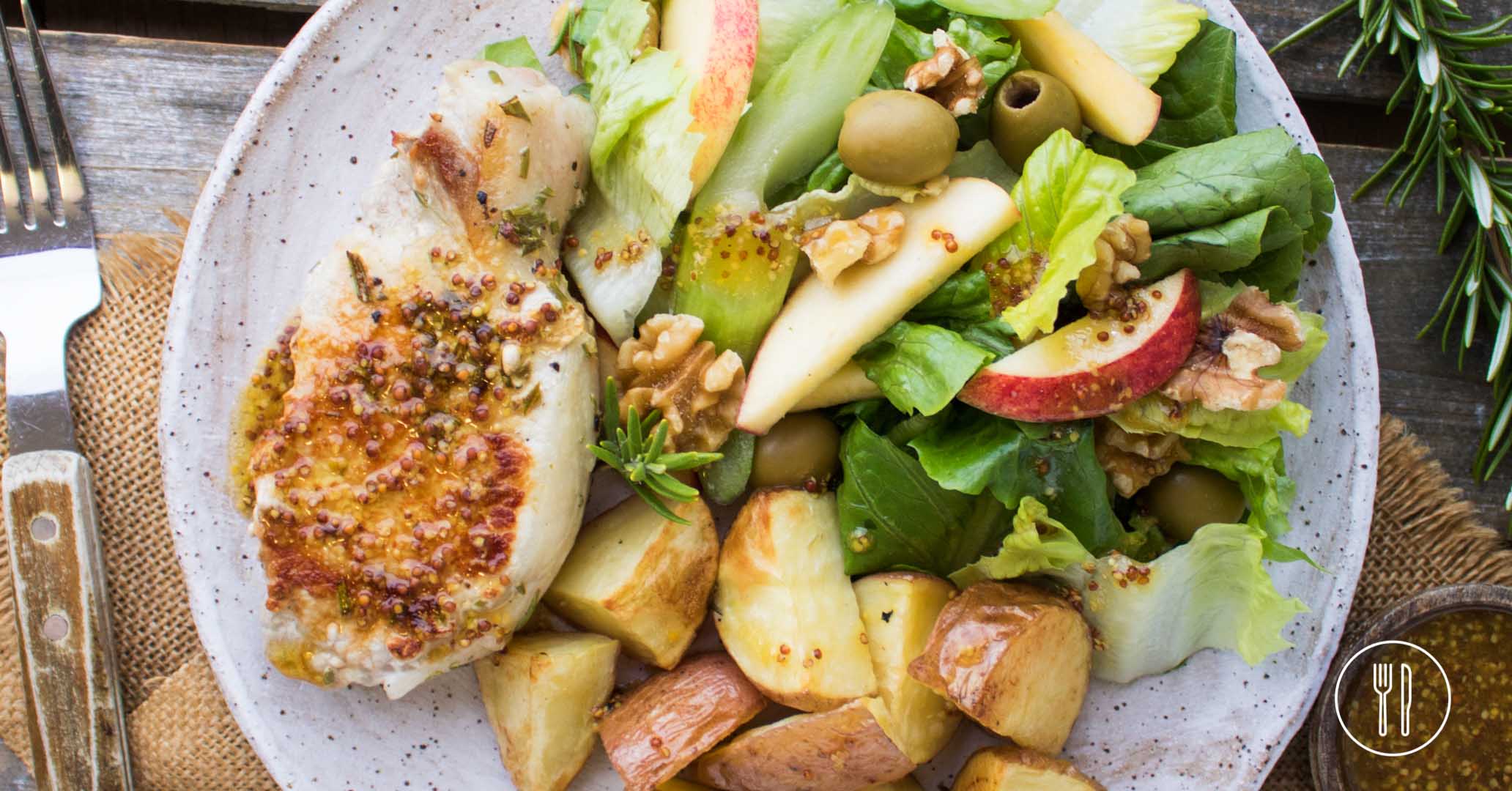 Pork
30 Min
4 People
Juicy pork steaks cooked in a pan with rosemary, alongside golden roast vegetables and a crisp cos, apple and walnut salad.
1. Set oven to 220ºC.  Dice potatoes and toss on a lined oven tray with 1 tbsp oil, salt and pepper. Roast in oven for 20-25 minutes until golden.

4. Chop rosemary leaves. Combine with 1 tbsp oil, salt and pepper. Rub over pork steaks.  Heat a frypan over medium-high heat. Cook pork for 4-5 minutes each side until cooked through.

5. Divide roast potatoes, salad and steaks among plates. Drizzle with dressing to taste.

NOTES
You could also mash the potatoes for a side instead of roast them.
No pork option - pork steaks are replaced with chicken schnitzels. Cook according to step 4.