Better is for everyone! Our WA producers keep supplying amazing food. Stay safe and stay fed with us - deliveries are now contactless.
Menu 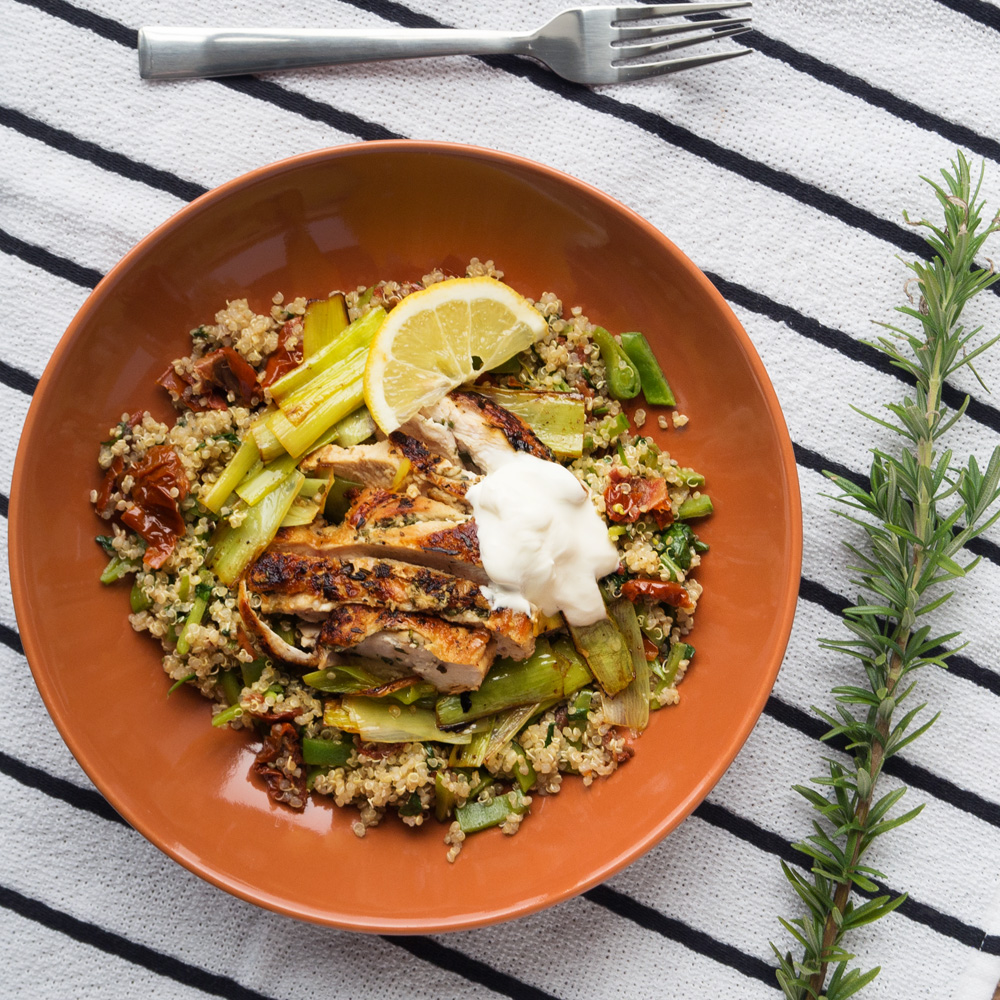 3. Heat a large pan over medium heat with 1 tbsp oil (see notes). Cook sun-dried tomatoes, spinach and snow peas for 2 minutes. Toss in a large bowl with quinoa and combine. Set aside.

4. Use a sharp knife to slash the chicken. Chop rosemary leaves and rub over fillets with 1 tbsp oil (see notes), salt and pepper. Place skin-side down in a pan over medium-high heat. Cook for 8-10 minutes on each side, or until cooked through.

5. Add leek and 2 tbsp butter to chicken pan. Cook for last 5 minutes, or until softened.

6. Divide quinoa between plates. Slice chicken and place on top with leek. Dollop with yoghurt to taste and serve with a wedge of lemon.

Tip!
Oil from the sun-dried tomatoes has a lot of flavour. Use it to cook the chicken and vegetables instead of normal cooking oil.

Butterfly cut the chicken breast or cook in a separate pan for an even quicker cooking time.
quinoa 200g
chicken stock concentrate 1/2 jar

From your pantry: Oil, salt & pepper
Enter your details – it's quick and easy
You'll need to join up to Dinner Twist to place an order, if you're already got an account, log in now!