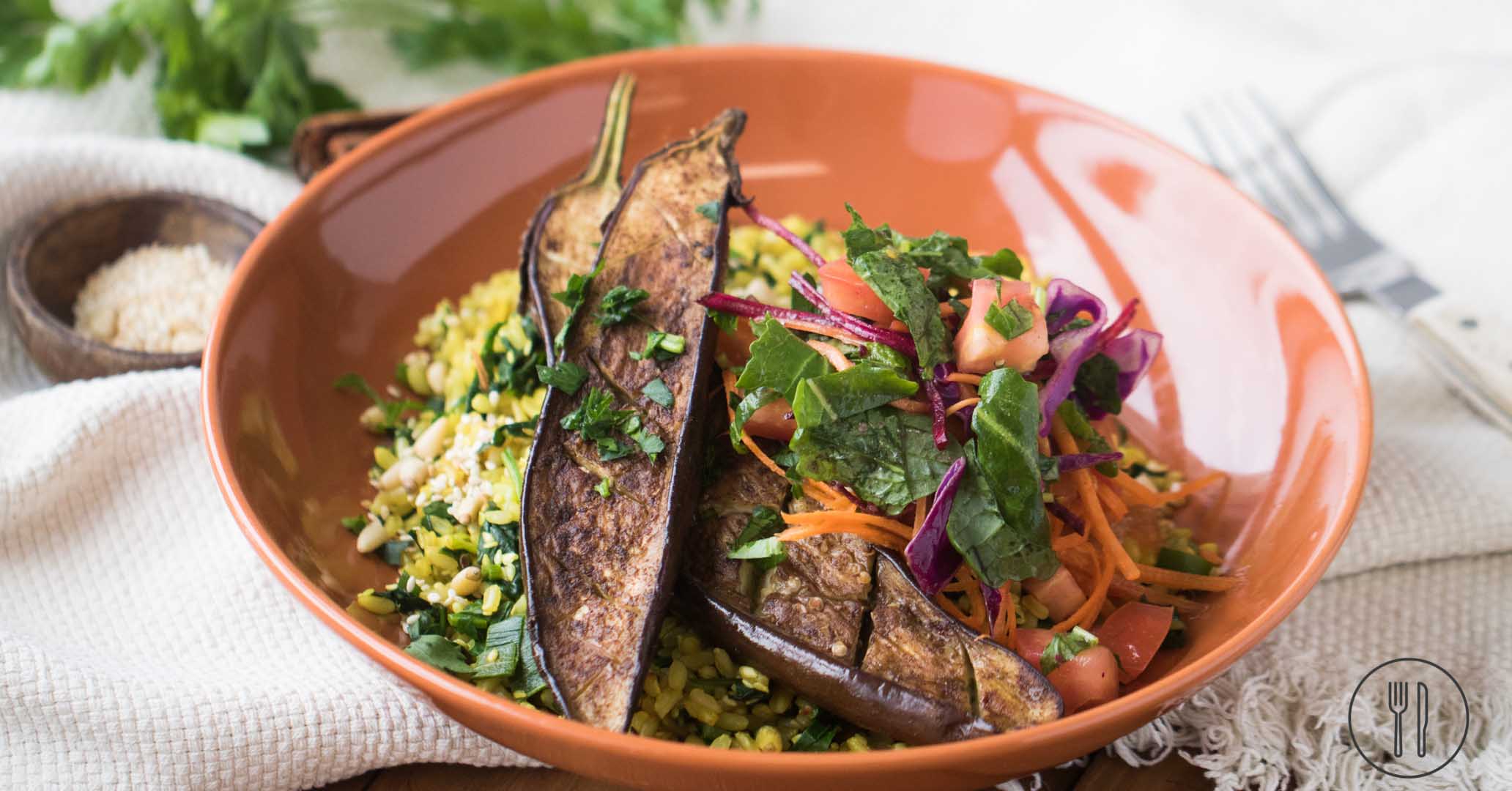 Plant-Based
30 Min
4 People
Nutty brown rice infused with cinnamon tossed with spinach and pine nuts. Served with spiced roast eggplant and a fresh tomato salad.
1. Set oven to 220ºC.  Place rice and cinnamon stick in a saucepan. Cover with water. Bring to the boil and simmer for 15-20 minutes, or until tender. Drain and remove cinnamon stick.

2. Halve eggplants lengthways. Coat with 1 1/2 tsp all spice, oil, salt and pepper. Place cut side down on a lined oven tray. Roast for 20 minutes until golden and cooked through.

5. Reheat pan over medium heat with 1 tbsp oil. Add spinach, onions and 1 1/2 tsp turmeric. Cook for 2 minutes until until wilted. Remove and toss through rice along with nuts and seeds.

* Ingredient Also Used In Another Recipe

From your pantry:
oil (for cooking), salt, pepper, all spice, ground turmeric

Sorry! Your area is currently unavailable for delivery.

Send us your email address so we can let you know when Dinner Twist is coming to your area.

Thanks! We'll be in touch shortly to discuss your delivery area options.

Yay! You're in our delivery area!

See what recipes we have for you or go ahead and order a box right now!

Check out our recipes
Choose a box