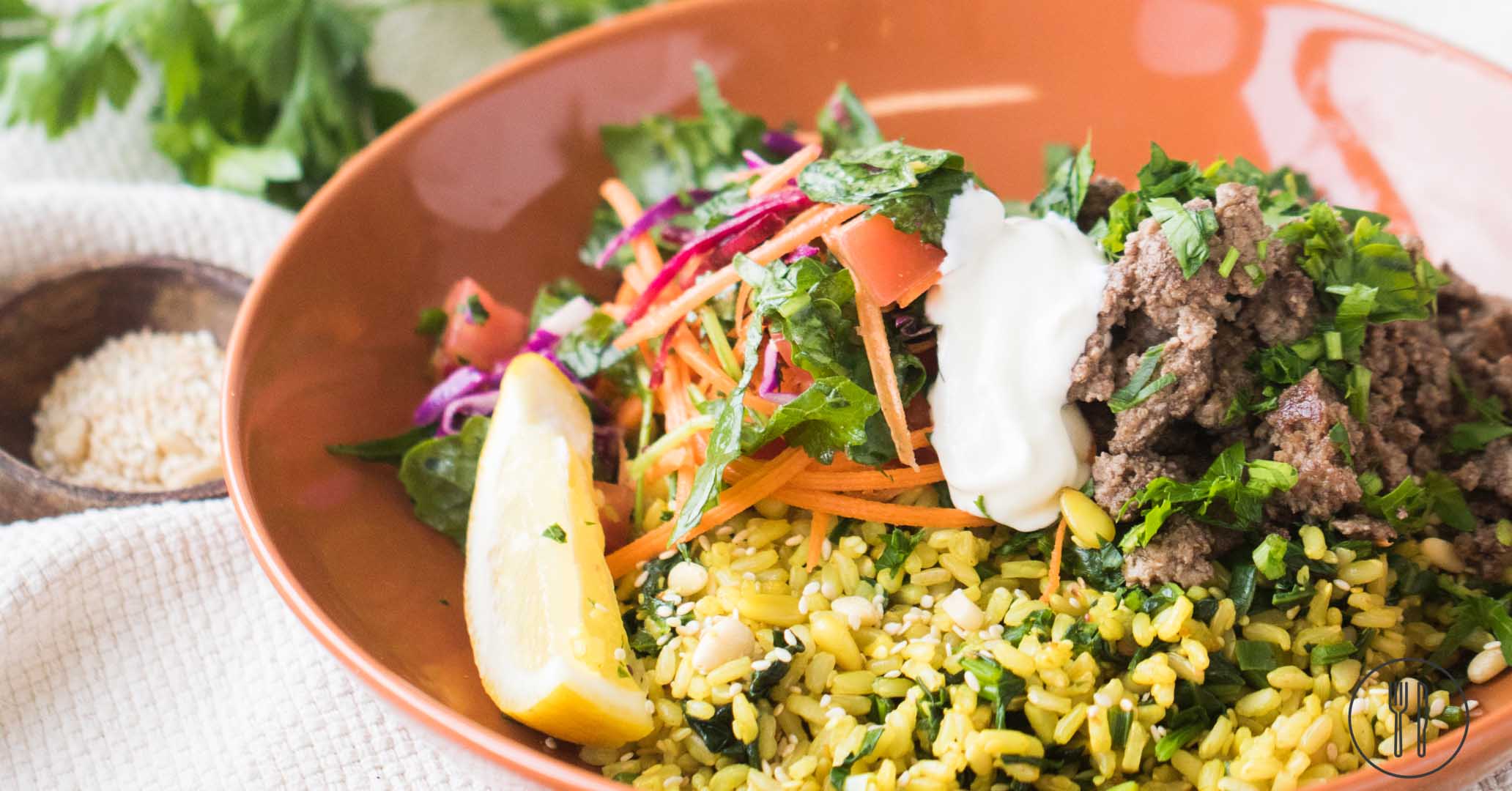 No beef option - beef mince is replaced with chicken mince.
1. Place rice and cinnamon stick in a saucepan. Cover with water. Bring to the boil and simmer for 15-20 minutes, or until tender. Drain and remove cinnamon stick.

4. Reheat pan over medium heat with 1 tbsp oil. Add spinach, onions and 1 1/2 tsp turmeric. Cook for 2 minutes until until wilted. Remove and toss through rice along with nuts and seeds.

5. Increase pan heat to medium-high. Add 1 tbsp oil, beef mince and 2 tsp all spice. Cook for 6-8 minutes until cooked through. Season with salt and pepper.

* Ingredient Also Used In Another Recipe

From your pantry:
oil (for cooking), salt, pepper, all spice, ground turmeric