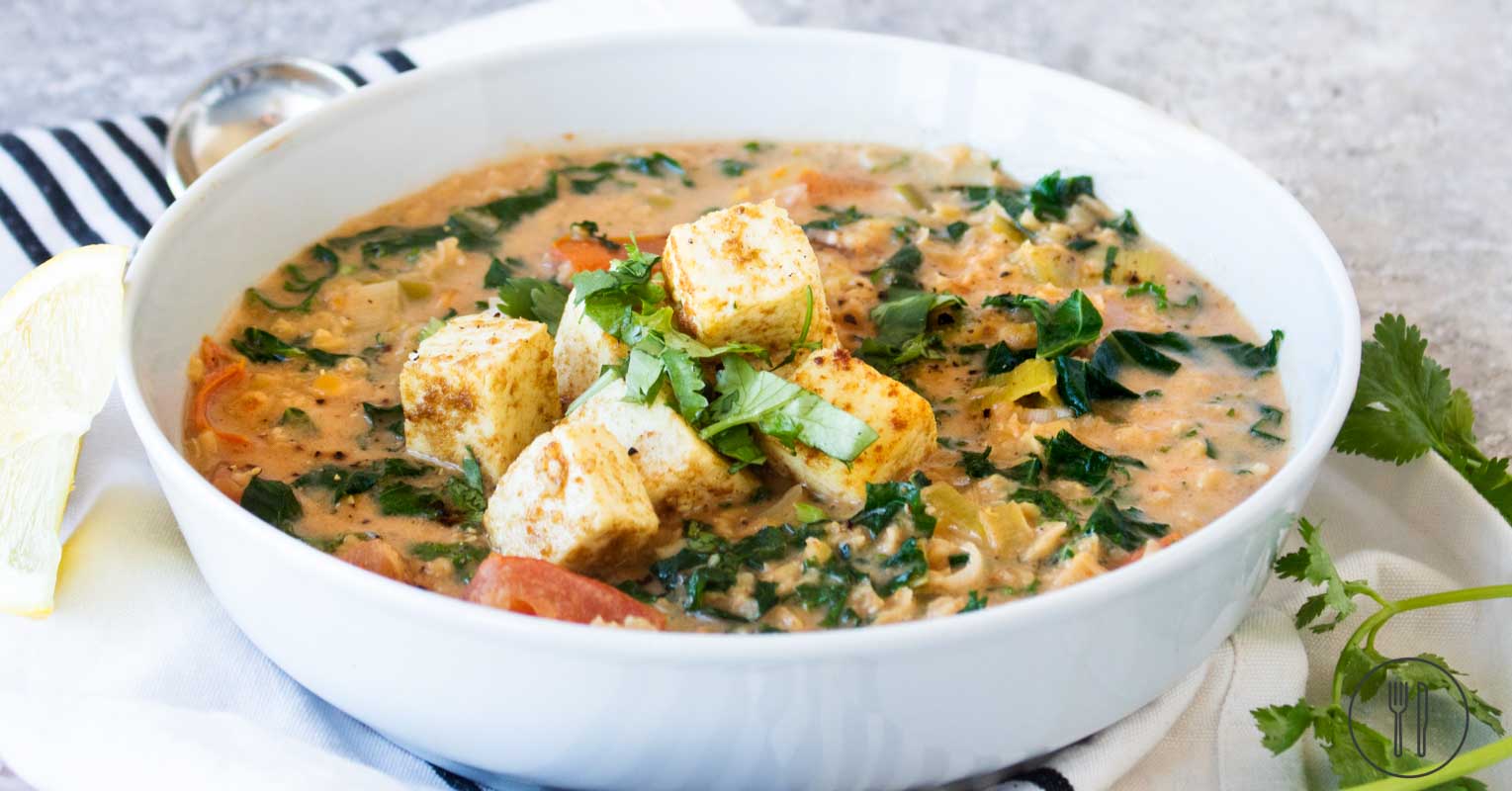 Plant-Based
30 Min
4 People
A creamy coconut lentil soup with South Indian spices, tomatoes and kale, finished with a squeeze of lemon and fragrant coriander then topped with golden cubes of paneer cheese.
1. Heat a saucepan over medium heat with 2 tbsp oil. Slice leek and add to pan as you go. Stir in spices from dahl kit and cook for 2-3 minutes, or until tender.

2. Chop tomatoes and add to pan along with 1 tbsp tomato paste. Pour in coconut milk, lentils from kit and 1L water, stir to combine. Simmer with lid on for 10-15 minutes, or until lentils are tender.

3. Dice paneer and coat with 1 tsp turmeric, salt and pepper. Heat a frypan over medium-high heat with 1 tbsp oil. Cook paneer for 3-4 minutes, turning until golden and warmed through.

4. Thinly slice kale leaves. Stir through soup until kale is wilted. Season to taste with salt and pepper.

From your pantry:
oil (for cooking), salt, pepper, tomato paste, ground turmeric
Enter your details – it's quick and easy
You'll need to join up to Dinner Twist to place an order, if you're already got an account, log in now!