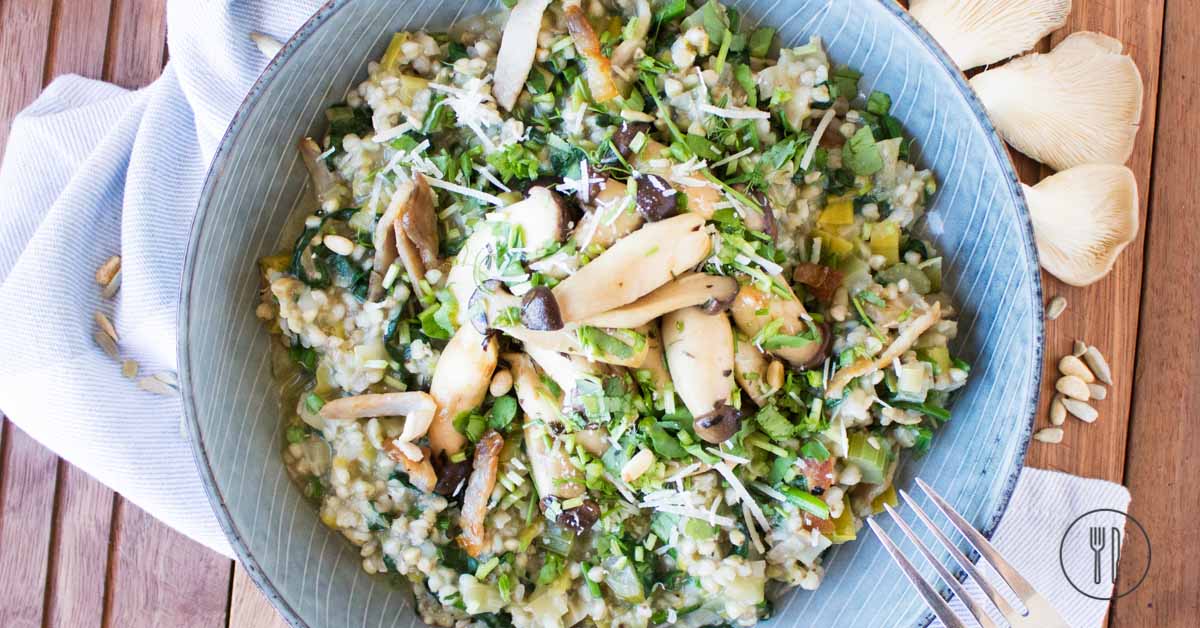 Pork
30 Min
4 People
A creamy risotto using buckwheat instead of rice, with leek and crispy bacon, topped with tarragon mushrooms.

2. Stir in buckwheat, crumble in stock cubes and pour in half the boiling water. Leave to simmer for 10 minutes. Add remaining water and simmer for further 10-15 minutes or until buckwheat is tender.

3. Slice bacon and add to separate frypan over medium-high heat. Cook for 4-5 minutes until crispy. Remove to plate.

5. Rinse and finely slice spinach, grate cheese. Gently stir through risotto along with bacon until spinach has wilted. Add more water if needed to loosen. Season to taste with salt and pepper.

Notes:
Stir the risotto occasionally to release the extra starch from the buckwheat. This will result in a creamier texture.

From your pantry:
oil (for cooking), salt, pepper, butter, stock cubes of choice (2), dried tarragon
Enter your details – it's quick and easy
You'll need to join up to Dinner Twist to place an order, if you're already got an account, log in now!