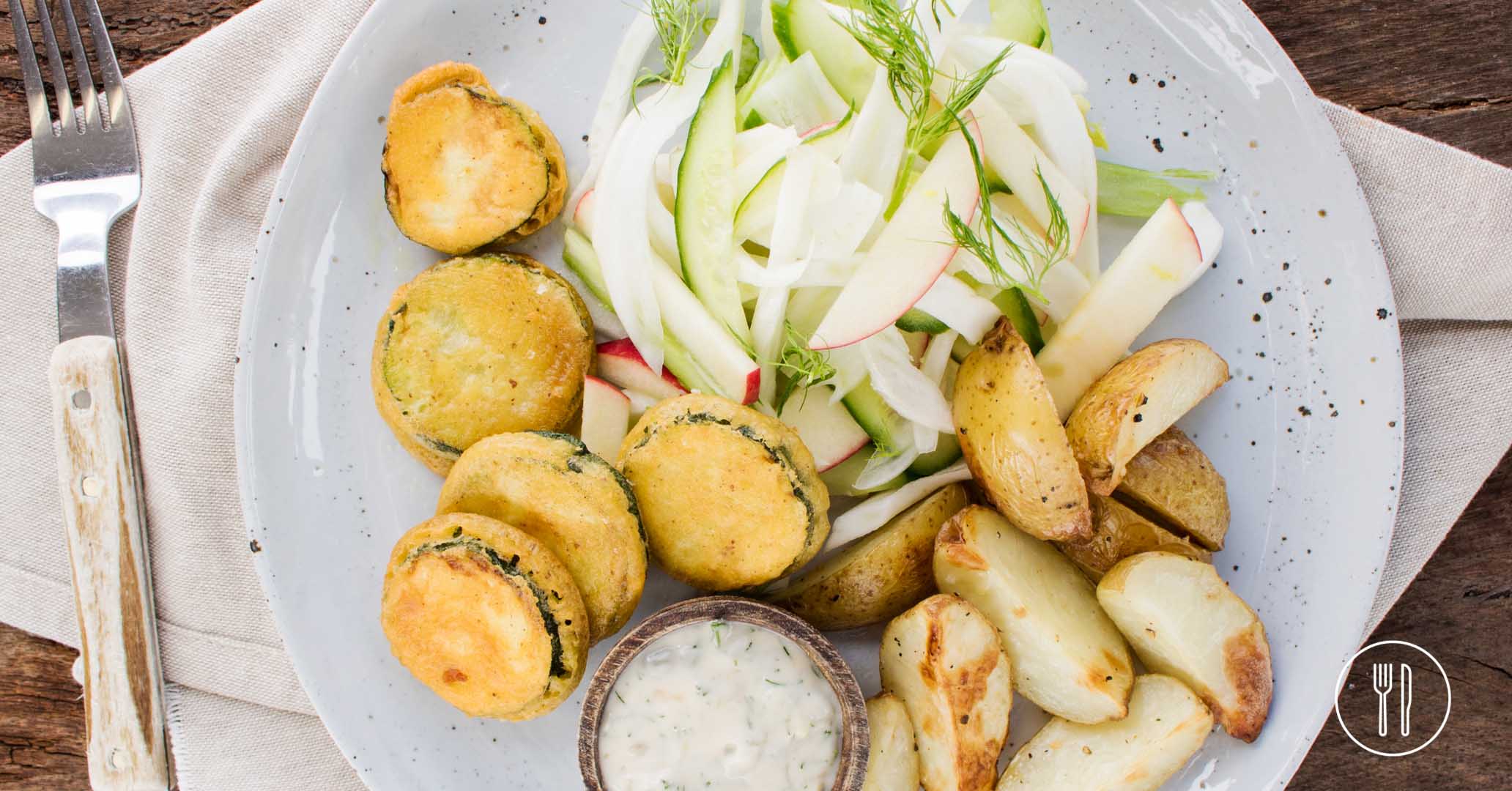 2. Roast the potatoes
Wedge potatoes. Toss on a lined oven tray with 1 tbsp oil, salt and pepper. Roast in oven for 20-25 minutes until golden and cooked through.

3. Make the tartare sauce
Chop dill and capers. Stir through aioli and season with salt and pepper.

5. Cook the fritters
Heat frypan over medium-high heat. Cover base with oil. Slice zucchini into 1cm thick rounds. One at a time, dip into batter (see notes) and place into pan. Cook for 1-2 minutes each side until golden and cooked through. Set aside on paper towel to drain. Repeat with remaining.

From your pantry
Oil (for cooking + olive), salt, pepper, apple cider vinegar, cayenne pepper (optional)
Enter your details – it's quick and easy
You'll need to join up to Dinner Twist to place an order, if you're already got an account, log in now!