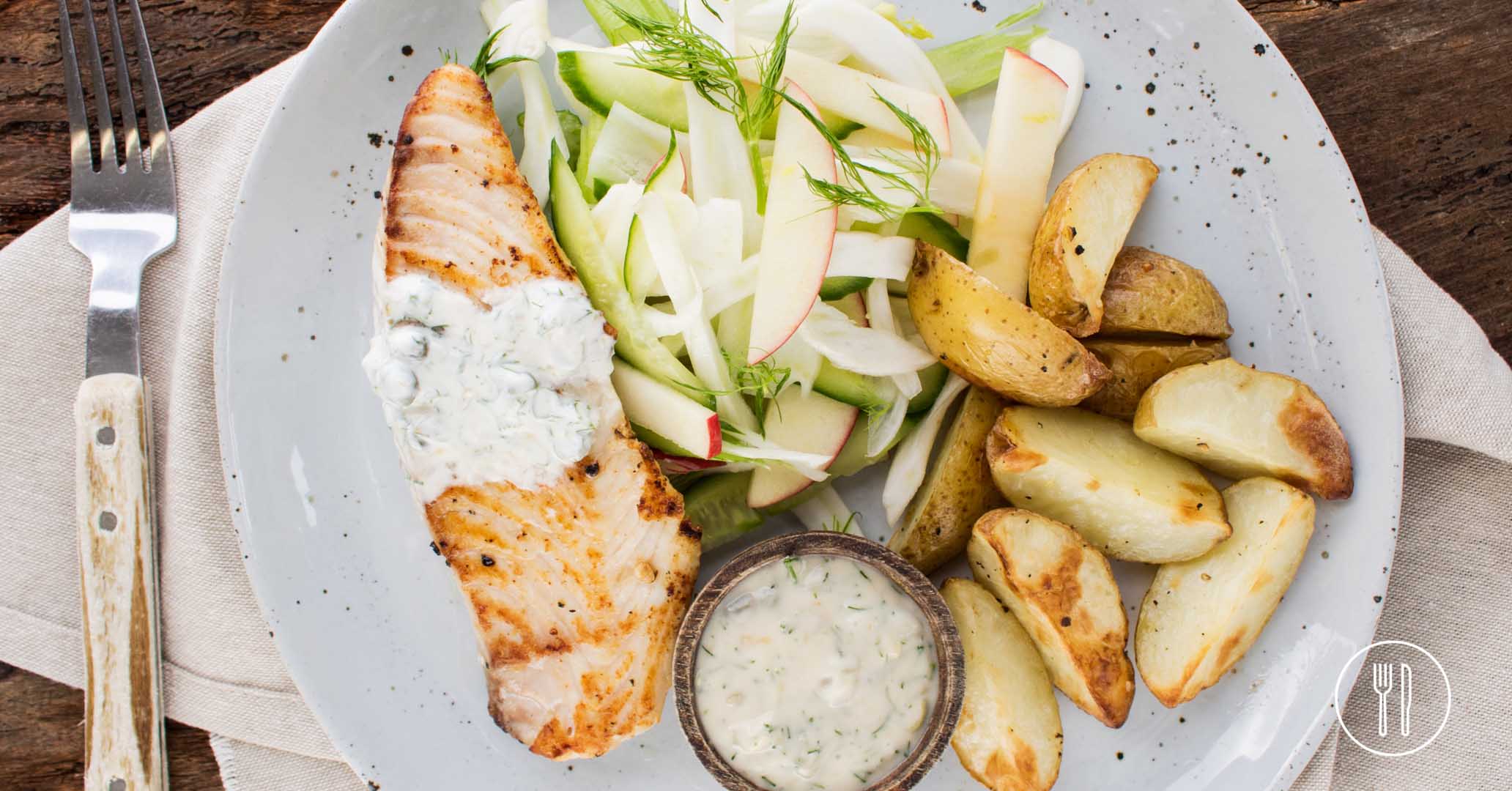 No fish option - white fish fillets are replaced with chicken schnitzels.
1. Roast the potatoes
Set oven to 220ºC. Wedge potatoes. Toss on a lined oven tray with 1 tbsp oil, salt and pepper. Roast in oven for 20-25 minutes until golden and cooked through.

2. Prepare the tartare sauce
Chop dill and drained capers. Stir yoghurt through and season with salt and pepper.

4. Cook the fish
Heat a frypan over medium-high heat with 1 tbsp oil. Season fish with 1/4 tsp cayenne pepper (optional), salt and pepper. Cook in pan for 3-4 minutes each side or until cooked through.

5. Finish and plate
Divide wedges, slaw and fish among plates. Serve with tartare sauce for dipping.

Notes
If you don’t like cayenne pepper, you can coat the fish with lemon pepper or a dried herb such as oregano instead!
No fish option - white fish fillets are replaced with chicken schnitzels. Increase cooking time to 4-5 minutes on each side or until cooked through.
From your box
Potatoes, 800g
Dill, 1 packet
Capers, 1 jar (100g)
Natural yoghurt, 1/2 tub (250g) *
Fennel, 1
Celery, 2 sticks
Red apple, 1
Lebanese cucumber, 1
White fish fillets, 2 packets

From your pantry
Oil (for cooking + olive), salt, pepper, apple cider vinegar, cayenne pepper (optional)
Enter your details – it's quick and easy
You'll need to join up to Dinner Twist to place an order, if you're already got an account, log in now!