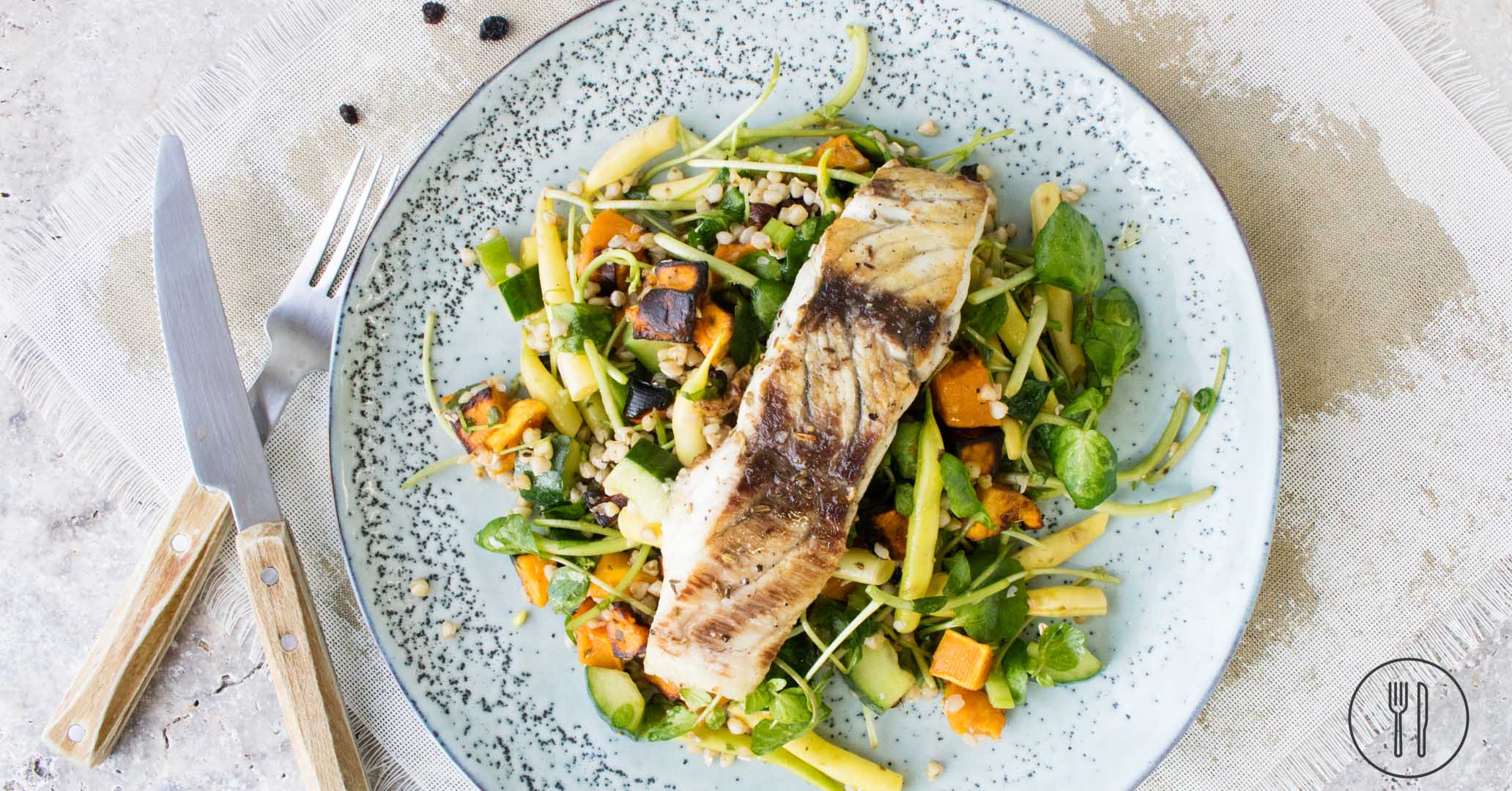 No fish option - replacement is chicken breast fillet.
1. Set oven to 200ºC.  Place buckwheat mix in a saucepan and cover with water. Bring to the boil and simmer for 10-15 minutes, or until tender. Drain and rinse.

2. Toss pumpkin on lined oven tray with 1 tbsp oil, salt and pepper. Roast in oven for 20 minutes until golden and cooked through.

5. Coat fish with 1 tsp fennel seeds, salt and pepper. Heat frypan with 1 tbsp oil over medium-high heat. Cook fish for 4 minutes one side. Turn over and add 2 tbsp butter to pan. Cook for 3-4 minutes until cooked through.

6. Toss buckwheat with roast pumpkin, salad and dressing. Divide among plates and top with fish fillet. Spoon over butter from the pan.

Notes:
Blanch the beans in the boiling buckwheat if you prefer them cooked. Or you can steam them in a basket on top.

From your pantry:
oil (for cooking + olive), salt, pepper, balsamic vinegar, fennel seeds, dried oregano, maple syrup, butter
Enter your details – it's quick and easy
You'll need to join up to Dinner Twist to place an order, if you're already got an account, log in now!