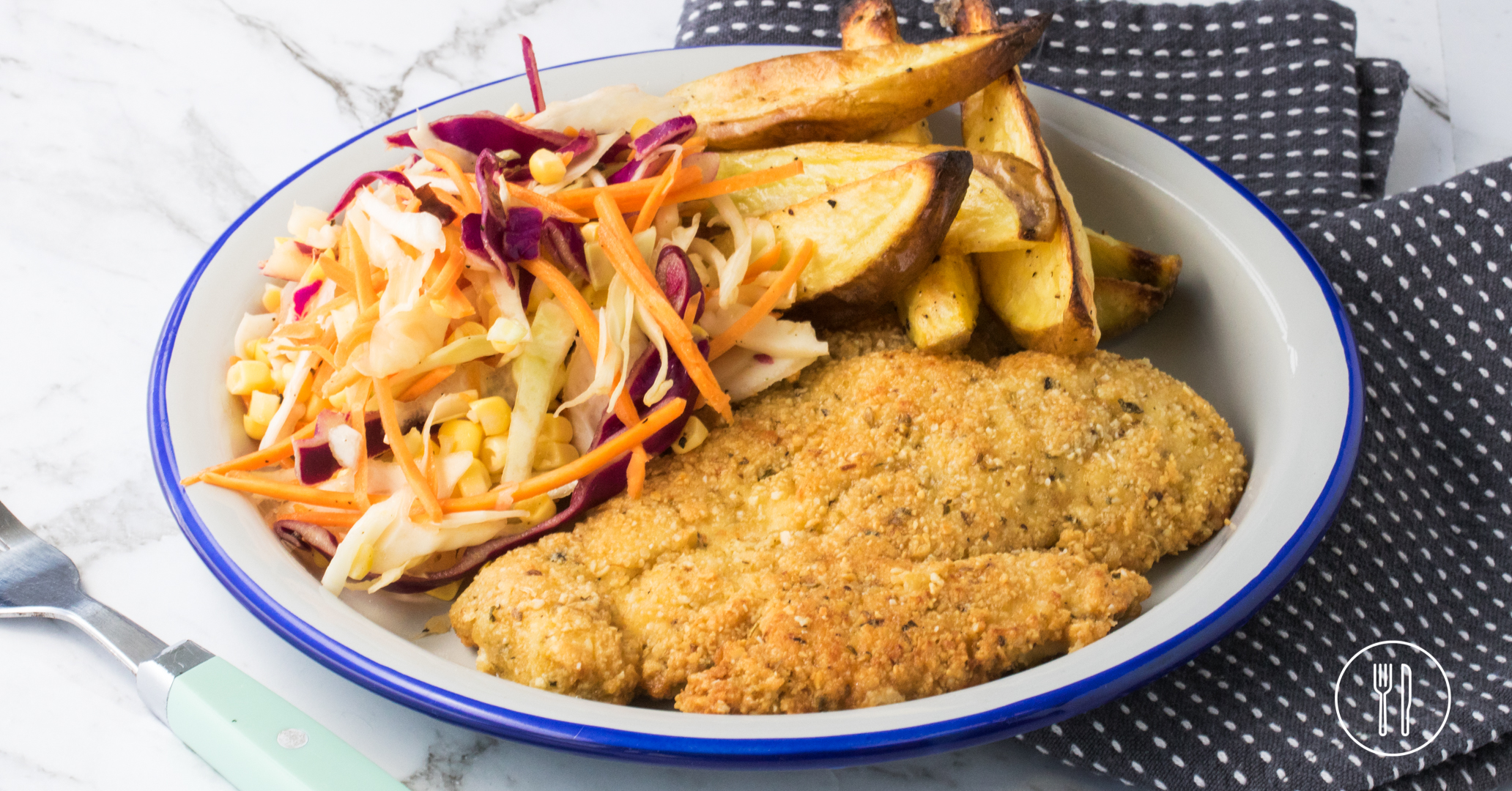 Chicken
30 Min
4 People
Golden chicken schnitzels crusted in almond meal and served with wedges and slaw. A mid-week winner!
1. Set oven to 220ºC. Cut potatoes into wedges and toss with oil, salt and pepper on a lined oven tray. Roast for 25 minutes or until tender and golden (see notes).

2. Combine 1 tbsp olive oil, 1-2 tbsp vinegar (use to taste), salt and pepper in a large bowl. Toss in the coleslaw and massage well with your hands. Cut kernels from corn cob and add to the slaw (see notes).

3. Whisk 1 egg in a medium bowl and add the chicken schnitzels to coat.
Place almond meal on a plate or piece of baking paper and season with 1 tsp oregano, salt and pepper.

4. Heat a large frypan with oil/butter over medium heat. Press chicken schnitzels into crumb to coat. Place straight into pan. Cook for 4 minutes on each side or until cooked through. Cook in 2 batches (if needed).

NOTES
The thinner you cut the potatoes, the shorter the cooking time! If you would like to speed up the process, roughly chop the potatoes, boil for 15 minutes and mash with a fork, some butter or milk. Season to taste.
If you want, add 1/4 cup mayonnaise instead of vinegar to make a creamy coleslaw. Cut corn into rounds and blanch in boiling water instead, if the kids prefer! Alternatively serve some mayonnaise or aioli on the side for dipping.
Make it nut-free: Substitute the almond meal and use panko crumbs, crushed cornflakes, quinoa flakes or sesame seeds instead.